The Magic Touch Of Haptic Technology 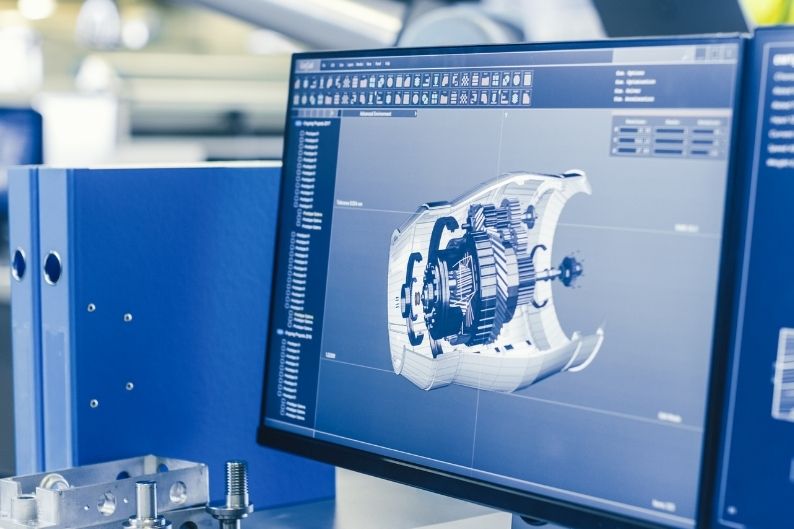 What is ‘Haptic’ technology

The distinguished science fiction writer Arthur C. Clarke said “Any sufficiently advanced technology is indistinguishable from magic” and Haptics, as one of today’s most innovative digital solutions, would most certainly have been classed as witchcraft in less enlightened times.

Haptics is the science of transmitting information about our surroundings through the sense of touch.

Haptic technology creates the illusion of real physical contact with objects and motion in a virtual world. This makes the experience more realistic than just relying on the sounds you would get from wearing headphones or the images on a screen.

How does it work?

By changing the amplitude and phase of the ultrasounds, the waves can be focused on one particular point in midair.

The ultrasonic waves are modulated to vibrate at a frequency around 300 Herz, and that creates a high-pressure level that you can actually feel on your skin.

Early uses of haptics included moving or vibrating cinema seats to synchronise with an earthquake, explosion or natural disaster happening on the cinema screen, and wearable technology that you could plug into your television set which converted certain audio frequencies into vibrations you could feel in your body.

If you slide your finger along a particular surface, for example, glass or wood, you can feel the texture of the material by the vibrations it produces. Haptic technology can recreate that in midair by the appropriate wave modulations, creating not just the sense of touch but also the sense of texture.

Modern haptic applications take the form of physical actuators that can vibrate in precise ways, and which mimic buttons or other illusory objects which you can push or slide. An actuator is a machine component, activated by an energy signal, which moves and controls a particular mechanism, for example, opening or closing a valve.

These actuators can ’fool’ your fingers into thinking they are pushing a button or using a mouse wheel or trackball to move around a screen, whereas in reality, the actual surface they are touching is smooth. In the virtual world, developments could include the feel of picking up a heavy object or ‘feeling’ the recoil from a gun.

Haptic technology is being used to put more reality into virtual reality, particularly when it is incorporated into wearable technology such as headsets, body vests and gloves. Several kinds of haptic gloves have been developed, using physical actuators and air pockets in individual fingers to give you the sensation of moving around and touching things in virtual reality.

Haptic technology in the post-Covid world

Advances in science and technology are centre stage right now, helping us to emerge from the death-grip paralysis of the Covid-19 pandemic.

From virtual ‘zoom’ get-togethers to remote working and online shopping, technology has played a crucial role in keeping us functional during the lockdowns and restrictions on our lives.

All of these changes we have all had to deal with have demonstrated the vital importance of businesses becoming more aware of digital and technological solutions and creating the right infrastructure to stay competitive in the post-Covid world.

Many more Haptic applications are now being explored across all industry sectors and are set to transform the way we use many everyday items.

With the power of touch, they can change a layout or design by touching and moving a component to a different position. It will be almost like working with virtual clay, so using haptics they can sculpt the material into the desired shape. In the early design stage, they would be able to use a haptic ‘tool’ alongside their CAD-generated digital data, to ensure that they would be able to repair a component or mechanism in a machine’s interior, without taking the whole machine apart.

Designers working with 3D models will be able to use haptic gloves to allow potential customers to feel a prototype product modelled on screen, or even as an augmented reality hologram actually in front of them.

The automotive industry is already utilising this technology as a way to provide a more informed and intuitive driving experience, where drivers can control the car’s systems and feel the road by using haptic sensors.

Cars are being made ‘smarter’ which means they can understand their surroundings and react to perceived threats and dangers by giving warnings or alerts. Haptics can be used to create a vibration in the steering wheel when a driver needs to take a particular action, such as signalling for a lane change.

The effects of various forms of disability could be mitigated.

For example, blind and partially sighted people could benefit from receiving detailed information about the world around them.

In the field of surgery, haptics can simulate different tissue densities, so surgeons could perform an operation ‘remotely’ by using haptic robot arms which can mimic the feeling of the patient’s body and the part being operated upon.

Medical students could practice a procedure many times before undertaking a real operation. A supervising or senior surgeon would not need physically to be present in the operating room, and that concept alone has profound implications for healthcare costs and procedures.

Using the principles of Haptic technology, kinaesthetic interfaces are also being developed with far-reaching ramifications for how we live and work. Kinaesthetic sensation relates to how you move your body and what you encounter as you move.

For example, instead of navigating a screen to access information, or using a remote control, the user could just wave their hand in the air. They would feel the ultrasound sensor which could initiate an action, such as changing the temperature in a room or skipping a song on a digital music device.

Work on developing new technologies such as Haptics has accelerated throughout the pandemic, and these will have significant effects on how we live, work, educate or entertain ourselves, produce goods and do business in the future.